The J.A. Larin funeral home was founded in 1918 by Joseph-Armand Larin under the name Larin & Frères. Located on Victoria Street in Valleyfield, the company served several neighbouring parishes, including Saint-Timothée. In 1959, he rebuilt the home together with his son, Oscar.

After the death of Joseph-Armand Larin in 1965, Oscar and his sons, Claude and François, took over the firm. They expanded the business by acquiring the F.-X. Lafrance and Bernard Amesse Funeral Homes in St-Louis-de-Gonzague and the Richmond Roy Funeral Home in St-Stanislas-de-Kostka.

In 1987, Claude’s son, André, joined the team. Thus, the family business has grown along with four generations – in particular with the opening of a new branch in Saint-Timothée in 1995, the acquisition of the Bourgie & Frères Inc. Funeral Home in 2007, as well as the opening of an impressive funeral complex in Salaberry-de-Valleyfield.

What Are The Benefits?

For over 99 years, J.A. Larin & Fils Inc. funeral homes have been serving the communities of Salaberry-de-Vallyfield, St- Timothée, Les Côteaux, St-Polycarpe, St-Louis-de-Gonzague, Beauharnois and surrounding areas. At our five locations, the Larin family and uncompromising emphasis on respect and dignity. Our mission is to create ceremonies ...  Continue Reading. 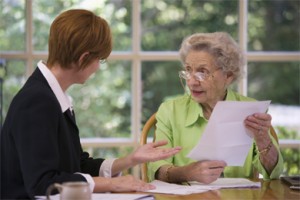 A funeral pre-arranged with J. A. Larin & Fils Inc. Funeral Homes allows you to plan your funeral, or that of a loved one, today. For many reasons, planning your funeral in advance is a good idea. Pre-arrangements let you express your personal preferences and decisions regarding funeral rites. ...  Continue Reading.